Join Marisa Michelson at WildHeart in upstate New York for a 5 night/6 day immersion into voice, movement and spirit.

During this retreat you will be invited to connect more deeply to your own wildness and Truth through a body-honoring voice and movement practice called Core Sounding™. In addition to the Core Sounding™ practices you can expect activities such as meditation, breathing practices, guided silent forest bathing, swimming, campfires, sound circles, Yoga/Catalyst and other embodiment classes led by Pilobolus dancer Neva Cockrell, and ritual. 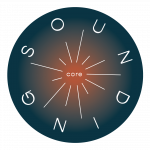 What is Core Sounding™?

Core Sounding™ is a model and practice for connecting to Self and Other via group voice and movement improvisation. We always begin with connecting to Self and move outward from there to listen in to the body of the Group. We invite what is raw and unformed inside of us to express, and from there we practice shaping and forming and chiseling. We honor our bodies and nervous systems as locations of wisdom, intuition and healing.

You will be fed three meals a day. You will practice tuning into your unique somatic experience in the present moment and expressing what is real for you via non-verbal sound and movement.  You will also practice listening deeper into the other humans you’re sharing space with and inviting their full expression.  You will be asked to let go of your phone during the day time.  Different housing options and a sliding scale program fee help make this retreat accessible. If you need financial assistance to attend, please reach out personally.

Attendance to this retreat is application based. In order to prioritize individual attention, spots are limited to no more than 12 participants. To apply, please fill out this application form and Marisa will get in touch with you.

Who is this retreat for?

Each day will be different. There will be lots of time for the delicious voice and movement practices. We will also honor the body’s need to go slow and rest and integrate.

“I can say that I am infinitely thankful for, and frankly astonished by, the new sense of purpose and possibility I feel in my musical life and in my work as a therapist after spending a weekend sounding, moving, being together in such radical, soul-centering ways. What a joy to be led by Marisa, whom I trust so deeply, and how profoundly refreshing to connect authentically with such a curious, genuine, playful (and often hilarious!) group of people! It felt like coming home. What a thrill, to sense so strongly that this is just the beginning!”

“I experienced the Core Sounding workshop as a radical act of focus, presence, and collaboration in a world of distraction. Doing this workshop gets at the core of what I aim to do in my life: To acknowledge that simply being present with others is enough. Exploring sound and singing with self and others is a joy and a challenge.”

“This workshop helped me reconnect to my voice in such a more authentic and full way. It helped get me out of a stuck pattern that I often find myself in of trying to sound pretty (which would end up feeling and sounding forced and disconnected). In this workshop I not only found the sound emerging freely but I found myself wildly surprised by what would come out of me. Being so surprised by my own expression was so incredibly nourishing and revitalizing for me as an artist and as a human. It felt like a new layer of my voice was reborn.” 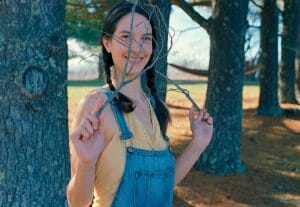 Marisa is known for her grounded, deep-listening approach to helping people of any level sing, speak, and move through the world with more skill, more truth, and more joy.

Her perspective is grounded in the Libero Canto© Approach which she has studied as both a singer and a teacher for over fifteen years. The Libero Canto Approach was first developed by Lajos Szamosi in Budapest before World War II. This holistic, process-oriented approach rooted in the Western Classical Tradition is her primary vocal pedagogical lineage.

Marisa is also an accomplished and award-winning composer working at the nexus of theatre, experimental music, opera, new music, and improvisation and the founding director of the embodied vocal-performance ensemble, Constellation Chor. Constellation Chor has made a name for itself performing at such venues as Lincoln Center, The Kitchen, National Sawdust, Pioneer Works, and in Greece and Iceland. To read more about Constellation Chor visit constellationchor.com

In addition to working privately with professional and avocational singers, Marisa has worked as a vocal coach for a number of musicals (Octet at Signature Theater; Moby Dick at American Repertory Theatre) and has taught workshops at the American Theater Wing, The Performing Arts Project (TPAP), Prospect Theater Company, Signature Theatre, Millikin University, the University of Puget Sound, and at the Goetheanum in Switzerland.

What else? Marisa was trained classically as a pianist, got her B.F.A from NYU (Tisch) in Musical Theatre, is a former yoga instructor. She studied Hindustani singing in India for six months. She had a deep and long Anthroposophy phase. She consistently practices Circling and Tantra. Her ancestors are Jewish, Irish, and Scottish. Being in intimate relationship with singing is her life’s passion, encompassing all. She believes process is product, that we are vessels for beauty and spirit, and that all black lives matter.

WildHeart is located on 46+ beautiful acres in the Hudson Valley. Retreatants will have the option to stay in a single room, double room, dorm, or camping in either our main retreat center or in private two-bedroom cabins. All options have access to shared kitchens and bathrooms. Daily events will take place in the studio, shared common spaces, and outdoors. Retreatants are welcome to enjoy the lawns, walk in the forest, and swim and boat in the lake during their stay! More info about directions and transportation options HERE.

If you have any questions, concerns about pricing, or need assistance attending, please do not hesitate to reach out personally.

Sliding Scale: $495 – $695 for the entire week which includes all artistic offerings:

Accommodation costs depend on which housing option you choose:

Each option below includes three beautiful meals per day:

Attendance to this retreat is application based.

To apply, please click here to complete the application form.

You will be contacted shortly after submitting your application.

Get Updates And Stay Connected

Find out about WildHeart happenings!

Find out about WildHeart happenings!